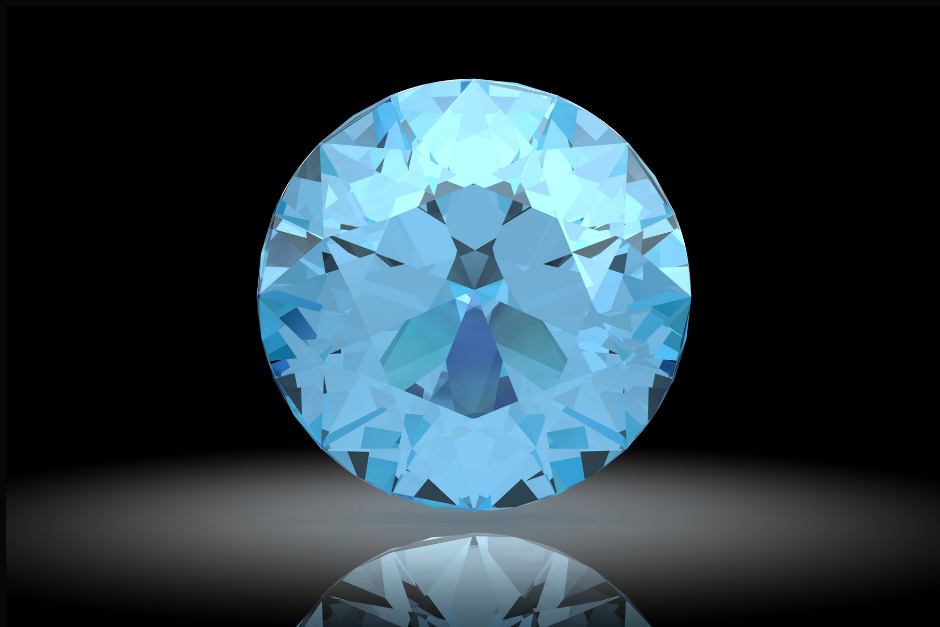 The cool and pale blue birthstone of those born in March, aquamarine, brings to mind fresh seawater. The serene gem has become a symbol for purity, protection, and foresight.

Purifying as the sea

Aquamarine has long invoked the tranquillity of its namesake, the sea. Of course, the name “aquamarine” is derived from the Latin word aqua, meaning water, and marina, meaning the sea. Faceted aquamarines are often free from inclusions and as clear as water, symbolising purity of spirit and soul.

A treasure throughout time

The Egyptians, Hebrews, and Greeks all admired aquamarine gemstones. Beads were discovered with Egyptian mummies. Two thousand years ago, people in Greece engraved designs into aquamarine stones, turning them into intaglios. Roman physicians also used the gem to treat overeating and bloating.

The birthstone was also historically thought to bring happiness in marriage.

We’re going on an aquamarine hunt

Brazil has been an important source of aquamarine for the past two centuries.

The gem can also be found high in the Karakorum mountains of Pakistan. To reach the deposits, miners must climb steep paths to 3,000 to 4,000 metres high and work the sides of forbidding cliffs. Aquamarine from this area has been described as “water clear”.

Aquamarine birthstones are also mined in multiple countries of Africa, and the U.S. (it’s the state gem of Colorado).

Caring for your aquamarine

This March birthstone is durable enough for everyday wear, with a hardness of 7.5–8 on the Mohs scale. To clean the gem, use a toothbrush with warm water and mild dish soap and to scrub behind the gem where dirt can collect. Ultrasonic cleaners and steam cleaning are usually safe options as long as there are no fractures or liquid inclusions in the gem.

In 1936, the Brazilian government gave First Lady Eleanor Roosevelt a dark blue rectangular step-cut aquamarine that weighed 1,298 carats. It is now housed at a museum in New York.

However, the title of the largest faceted aquamarine in the world belongs to the 10,363 carat Dom Pedro aquamarine. The approximately 36-centimetre high obelisk was cut by the acclaimed German lapidary, Berndt Munsteiner.

Aquamarine on the red carpet

Famous wearers of aquamarine include Charlize Theron who donned a pair of marquise-cut aquamarine dangling earrings at the Golden Globes 2005, and Jessica Biel who showed off a stunning pair of diamond and aquamarine earrings and a striking aquamarine cuff bracelet at the 2014 Oscars. 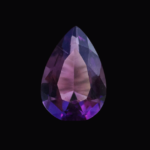